Forty people were shot, three of them fatally, during the weekend in Mayor Lori Lightfoot's (D) Chicago.

ABC7 / Chicago Sun-Times reported that the most recent of the fatal shootings was discovered shortly after 10:30 p.m. Sunday, when police found 44-year-old Edward Hudson lying “in the 600-block of East 92nd Place.” Edwards had been shot in the chest and was pronounced dead at the scene.

A 43-year-old man was shot in the head and fatally wounded during a drive-by attack at 3 p.m. “in the 3400-block of West Douglas Boulevard.” The man was standing by an apartment building when a car rolled up and someone in the vehicle opened fire.

WGN-TV noted that a 27-year-old man was shot Sunday morning at 3:35 a.m., while sitting in a parked vehicle with two other individuals “in the 1200 block of North Dearborn Street.” The man was transported to a hospital in critical condition and “was later pronounced dead.”

Breitbart News explained that more than 1,600 people were shot in Mayor Lightfoot’s Chicago from June 2021 through August 2021 alone.

CNN pointed out that 261 of the shooting victims succumbed to their wounds.

HeyJackass.com observed that 623 people have been and killed in Mayor Lightfoot’s Chicago thus far in 2021. 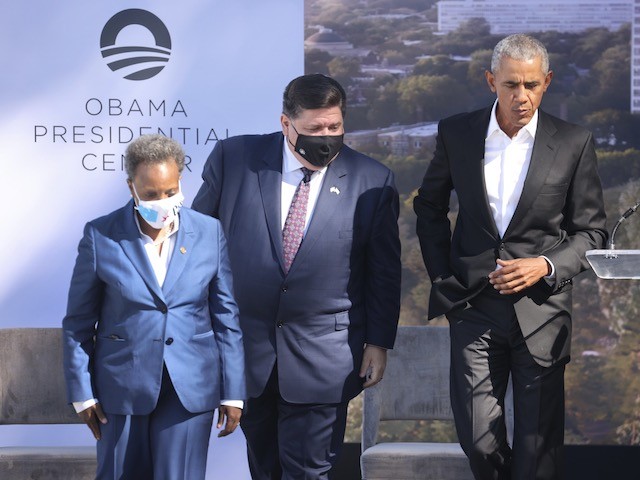 AWR Hawkins is an award-winning Second Amendment columnist for Breitbart News and the writer/curator of Down Range with AWR Hawkins, a weekly newsletter focused on all things Second Amendment, also for Breitbart News. He is the political analyst for Armed American Radio. Follow him on Instagram: @awr_hawkins. Reach him at awrhawkins@breitbart.com. You can sign up to get Down Range at breitbart.com/downrange.

Kevin McCarthy Is Blunt About White Nationalist Nick Fuentes: “I Condemn His Ideology. It Has No Place in Society”