A recent report from CNBC indicated Americans are paying the highest prices for gas in the last seven years, and some cities have gas prices as high as $5 per gallon.

CNBC noted that Americans are paying the highest at the pump due to the steady climb the nation has been seeing over the past year.

According to the American Automobile Association (AAA), a federation of motor clubs throughout North America, the national average price on Wednesday for a gallon of gas was $3.22. 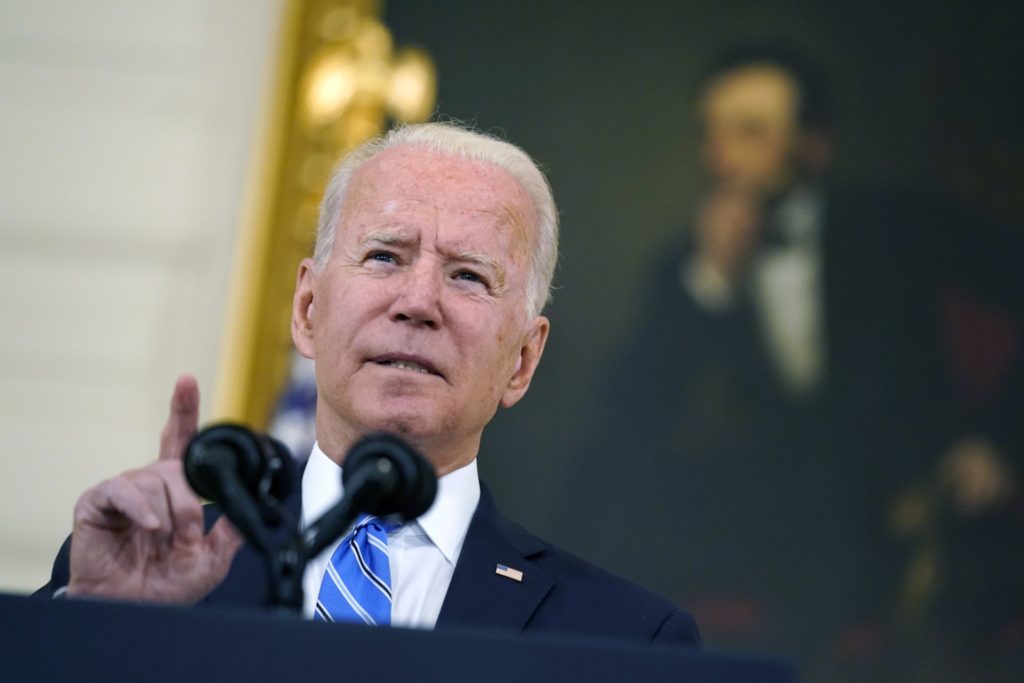 In this July 19, 2021 photo, President Joe Biden speaks about the economy and his infrastructure agenda in the State Dining Room of the White House, in Washington. A new poll from The Associated Press-NORC Center for Public Affairs Research finds that 54% of Americans judge the economy to be in poor shape. (AP Photo/Andrew Harnik)

CNBC detailed the rising price of gas and the slowing demand which caused the prices to rise:

Rising gas prices comes on the heels of an oil rebound. West Texas Intermediate crude futures, the U.S. oil benchmark, traded around $77.60 per barrel Wednesday, after topping $79 in the prior session for the first time since November 2014. One year ago, a barrel of WTI fetched about $40.

Demand for petroleum products plummeted in 2020 as the pandemic shut economies worldwide, prompting producers to turn off the taps. Though demand has recovered as people hit the road and business activity picks up, supply has remained constrained. Producers have been slow to return barrels to the market, and Hurricane Ida exacerbated the supply and demand imbalance when it knocked production in the Gulf of Mexico offline.

In the face of rising oil prices, some thought the coalition of oil-producing nations known as OPEC+ would opt to increase output. Instead, the group decided Monday to stick to a previously agreed upon schedule to return 400,000 barrels per day to the market in November.

For car driving consumers, the higher price of oil causes there to be higher gas prices. This has translated to over a dollar more for gas in the past year.

School Board in Fargo, North Dakota Cancels Pledge of Allegiance