Chinese Olympics fans erupted on social media, furious that California-born skater Zhu Yi defected to China for the games but finished in a disastrous dead last place during her debut for Team China.

Yi, who gave up her U.S. citizenship to become a Chinese citizen so she could compete for the communist government’s genocide Olympics, finished with the lowest score for the entire event in Beijing on Saturday, the Daily Mail reported.

The 19-year-old scored a lowly 47.04 after she fell to the ice on her first combination triple flip-triple toe-loop jump and then crashed into the wall. Yi also muffed her triple loop minutes later. 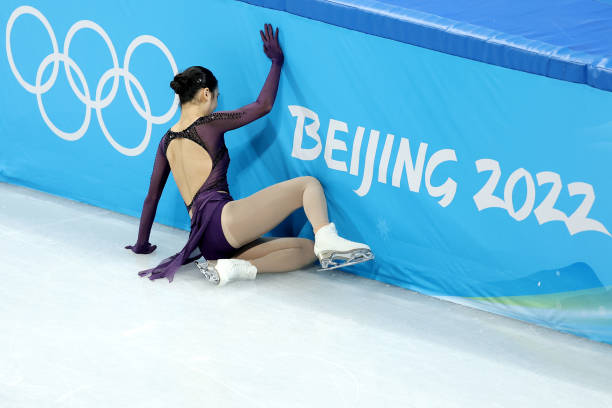 The American-born skater has been trying to make a dent in China’s skating scene since 2018 when she changed her name to a more Chinese-sounding name, dumped her U.S. citizenship, and announced her desire to become a Chinese Olympian.

“I’m upset and a little embarrassed,” Zhu told the media after her poor performance. “I counted over and over again last night to see how many points I need to collect today to help my team advance.”

“I guess I felt a lot of pressure because I know everybody in China was pretty surprised with the selection for ladies’ singles, and I just really wanted to show them what I was able to do, but unfortunately, I didn’t,” she said.

Despite all the effort, Yi still catches criticism for not yet being fluent in Mandarin despite being born to a pair of Chinese nationals living in the U.S. at the time of her birth. And now that her Olympic debut was such a disaster, critics are even more vocal in condemnation. 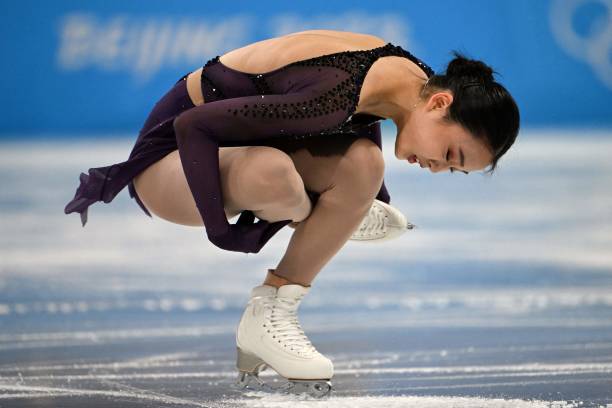 China’s Zhu Yi competes in the women’s single skating short program of the figure skating team event during the Beijing 2022 Winter Olympic Games at the Capital Indoor Stadium in Beijing on February 6, 2022. (Photo by MANAN VATSYAYANA/AFP via Getty Images)

The phrase “Zhu Yi has fallen” quickly began trending on Weibo, China’s version of Twitter. And many fans started slamming her for false patriotism, especially since she speaks English, not Mandarin, in many of her social media videos.

One Weibo detractor said that Yi was a “disgrace,” another said she was only picked to the team because her father was a scientist, still another blasted her saying, “How dare you skate for China? You cannot even hold a candle to an amateur.”

Zhu Yi is not the only American who defected to China’s Olympic teams. Three other Americans turned their backs on Team USA and joined the communist juggernaut.

In one instance, 19-year-old Olympic Freeskier Eileen Gu was born in California but decided to throw in with the communists, just like Yi did. Cu also changed her name to a more acceptable Chinese name, though she seems to believe she can be a dual citizen with China, and the U.S. Chinese authorities have not yet agreed to that proposal.
Olympic Hockey also found Americans defecting from the land of their birth to join the Red Chinese.

Jake Chelios, the son of pro hockey player Chris Chelios, moved to Beijing in 2019 to play for the China-owned Kunlun Red Star in the KHL, and now he is competing for the Chinese Olympic Hockey team. Chelios was joined by former NHL goaltender Jeremy Smith on Team China.