The White House is planning a new communications strategy, as President Joe Biden faces a total collapse of his approval ratings.

Advisers expressed the need for Biden to “talk to more people directly,” instead of “one-dimensional” speeches from the White House, the report revealed, citing “his greatest political strength” as “empathy and an ability to connect with ordinary Americans.”

Biden’s approval numbers are only getting worse as he approaches the one year anniversary in office.

Fifty percent of Americans in a CBS News/YouGov survey revealed said they were “frustrated” by the Biden presidency. Fifty-two percent said Biden made the economy worse, and 58 percent said he made inflation worse. 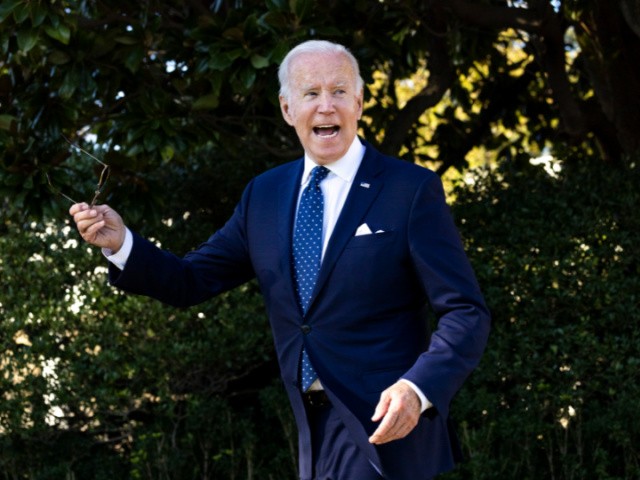 President Joe Biden speaks to the as he leaves the State and National Teachers of the Year awards ceremony at the White House on October 18, 2021 in Washington, DC. (Kevin Dietsch/Getty Images)

A Quinnipiac poll released last week showed Biden with only a 33 percent approval rating of his job performance.

The poll sampled 1,313 adults nationwide from January 7-10 with a margin of error of 2.7 percentage points.

The new communications strategy includes it’s own pitfalls, however, as Biden frequently gaffes and stumbles when speaking off-script.